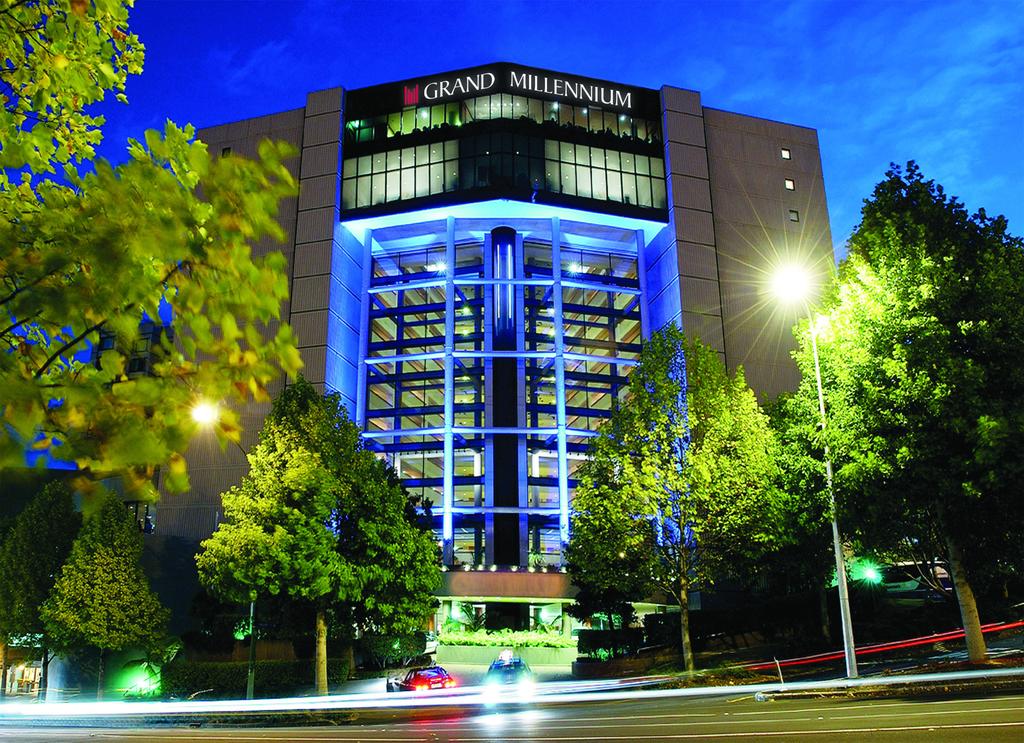 The Hotel was constructed in 1987 and was remodeled in 2016. Grand Millennium Auckland strives to provide you with a superior experience through excellent service and attention to detail. All of the 452 stylish rooms and suites at our hotel in Auckland, NZ, combine smart design, chic decor, floor to ceiling windows for natural light and modern... 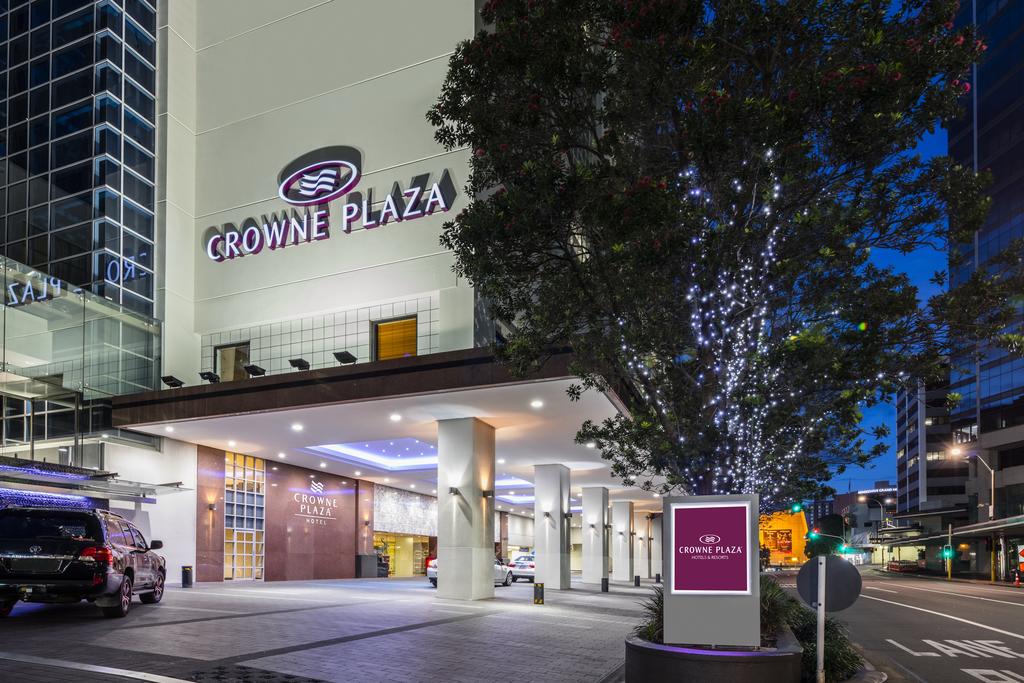 Located in the heart of aucklands entertainment and business districts crowne plaza auckland is they citys leading deluxe hotel. It is the perfect base to experience all this amazing city has to offer. In addition to comfortable superior rooms we offer exclusive club rooms and executive suites in which to spread out in style. We're next to... 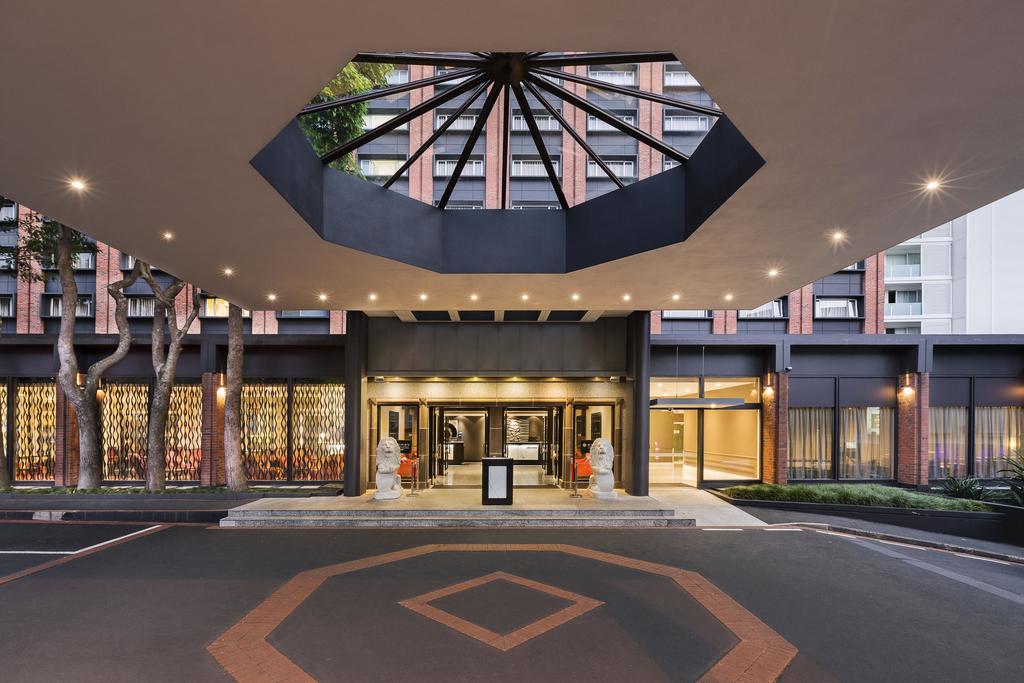 The Hotel was constructed in 2011. You can never get too much of the three C s Calm, Comfort and Convenience and Pullman Auckland hotel offers a maximum of all three. This 5-star, Qualmark-certified hotel is situated in the heart of the city opposite the historic Albert Park. With 340 hotel rooms, suites and self-contained apartments and 16... 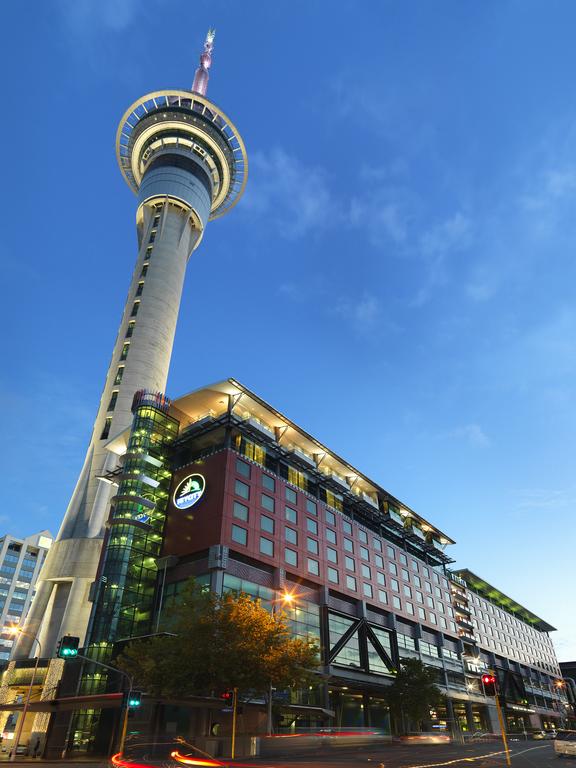 Centrally located Skycity Hotel facilities are top-class- rooms are spacious and the iconic Sky Tower is right on your doorstep. Choose to dine in style at one of 20 plus restaurants- cafe and bars and experience the thrill of the world-class Casino. Wi-Fi is complimentary. Currently- Federal Street is being converted into a shared space for... 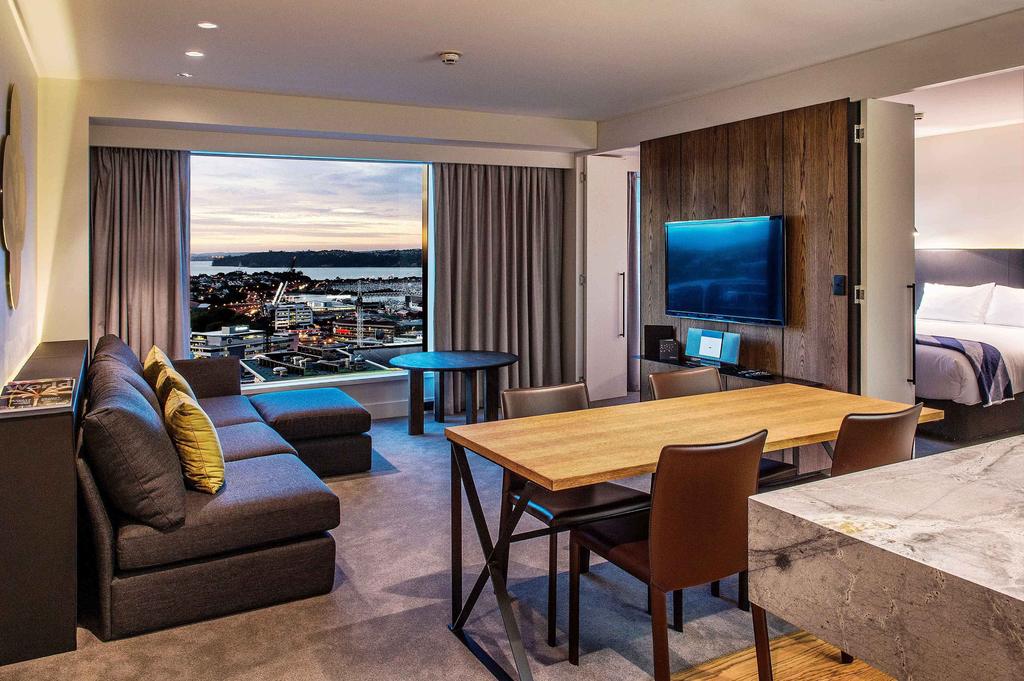 Discover an oasis of luxury in the heart of Aucklands vibrant city. Beautifully appointed- modern and spacious rooms are just the start of this 5-star experience. Stunning views- award-winning dining- the iconic Sky Tower and the tranquil East Day Spa await you. Wi-Fi is complimentary. Currently- Federal Street is being converted into a shared... 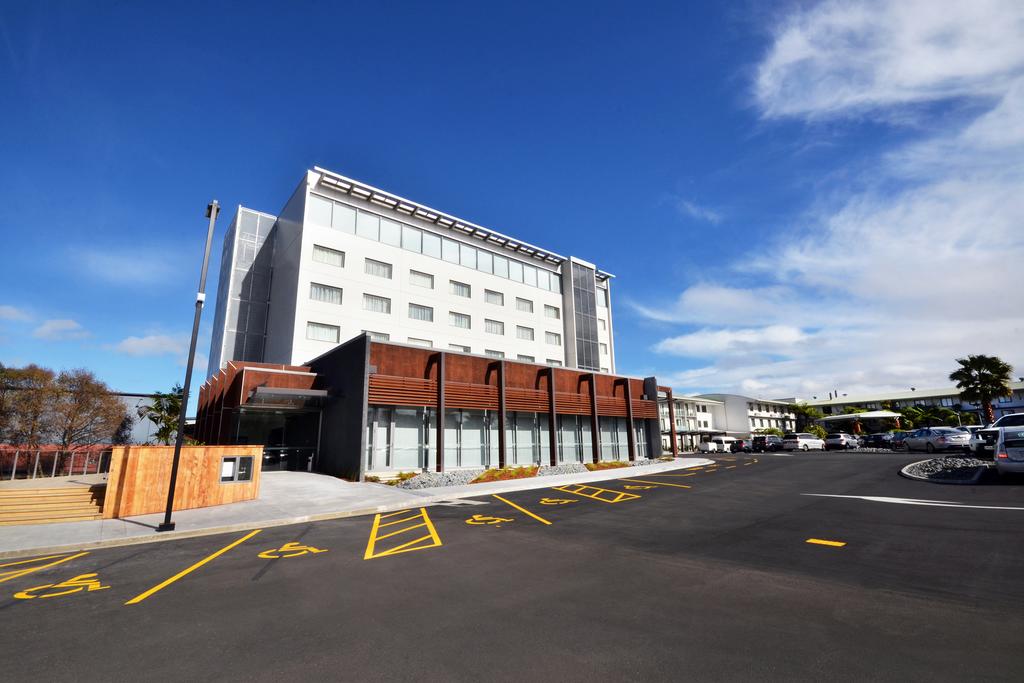 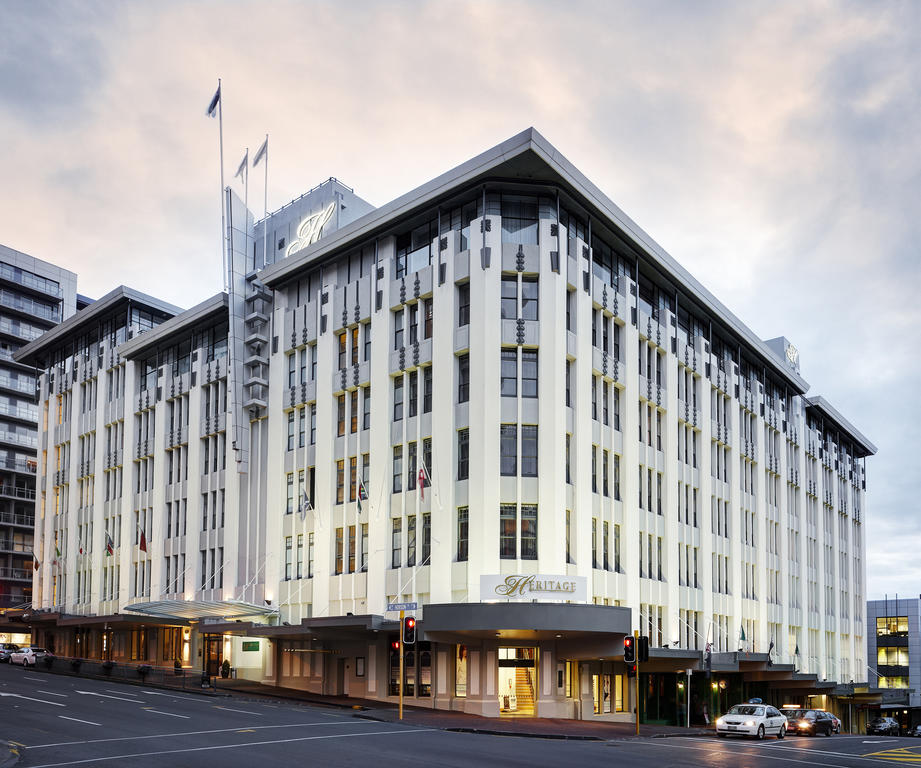 Central Reservations Office - 0800 368 888 - within NZ- or - 1800 141 780 - within Australia - WHETHER IT BE FOR ONE NIGHT OR AN EXTENDED STAY, EVERY GUEST NEEDS A HOME AWAY FROM HOME. HERITAGE AUCKLAND PROVIDES THAT AND MUCH MORE. SET WITHIN ONE OF THE CITY'S MOST RECOGNISABLE HISTORIC LANDMARK BUILDINGS, THE ICONIC FARMERS DEPARTMENT STORE... 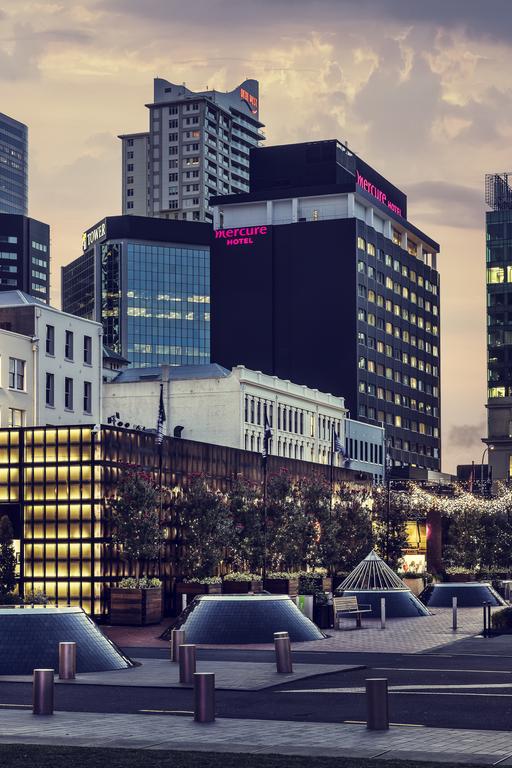 The Hotel was constructed in 1994. Located in the heart of the Auckland waterfront district and surrounded by designer boutiques and award winning restaurants of Britomart, Grand Mercure Auckland embraces all of these elements to tell the story of our uniquely diverse city.Our stories can be experienced from in room amenities through to iconic... 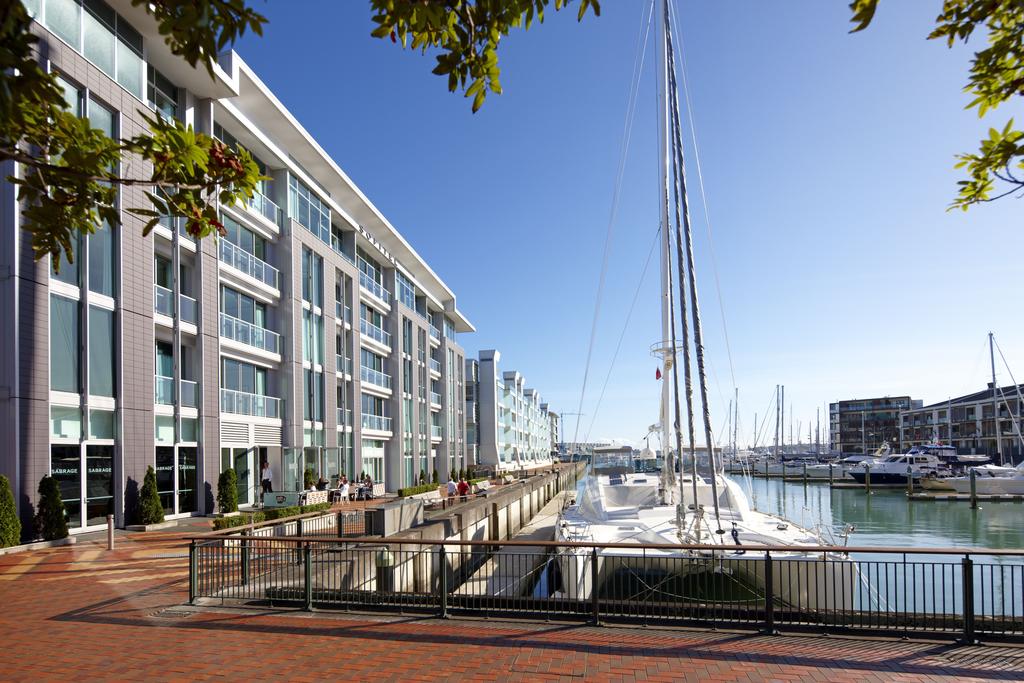 The Hotel was constructed in 2011. Sofitel Auckland Viaduct Harbour is located in the heart of Auckland, a unique maritime experience between vibrant Viaduct Harbour and Wynyard Quarter. Inspired by New Zealand s landscape and boasting panoramic views of Waitemata Harbour, this beautifully designed hotel is a true landmark destination. All... 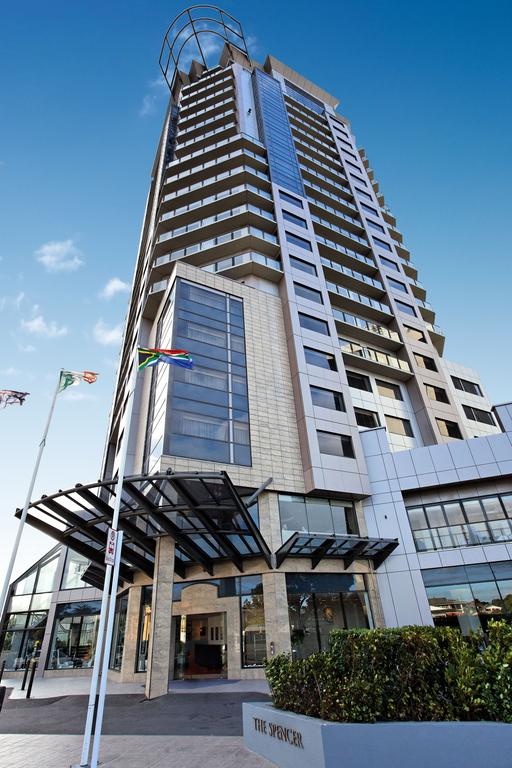 The Spencer on Byron Hotel is conveniently located only eight kilometres five miles from Aucklands central business district in the seaside suburb of Takapuna Beach on Aucklands North Shore. The hotel is just 40 minutes drive from Auckland International Airport and only minutes walk from Takapunas shops cafes restaurants and beaches. The views... 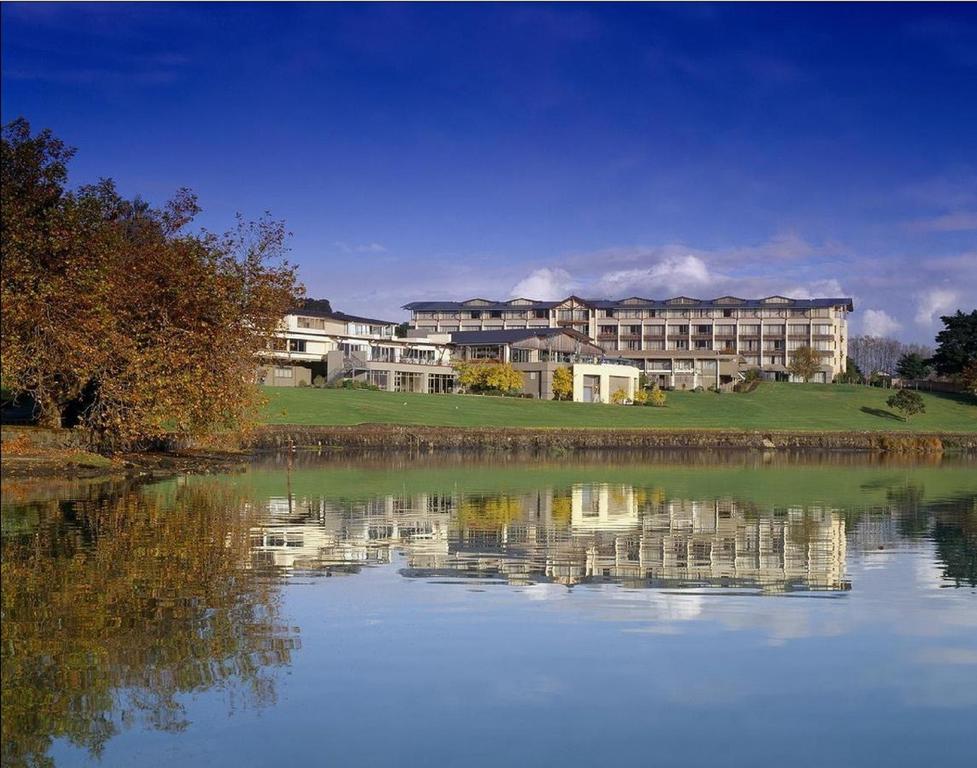 Waipuna Hotel And Conference Centre has 6.25 acres of parkland setting overlooking a salt water lagoon. Its peaceful work of holiday environment away from the bustle of New Zealands largest city. Only minutes away from main industrial and business areas of Manukau, East Tamaki, Panmure and Mt. Wellington. Few venues can offer such extensive...

Question: What are the best cheap hotels in Auckland?

Question: What type of clothing should I pack for my trip to Auckland?

Question: Where can I get a bite to eat during my Auckland stay?

Question: What are some notable places I should visit during my stay in Auckland?

Answer: When it comes to sightseeing in Auckland there's a plethora of different places you could visit such as Auckland Harbour Bridge, Sky Tower, Karangahape Road, Mangere Bridge (SH20) and the list goes on See the full list

Question: Where can I party or get a round of drinks with the buddies during our Auckland visit?

Answer: Auckland has a bunch of nightclubs to party at and a number of bars where you could get a round in with buddies. We've gone ahead and compiled a list of our top choices please feel free to have a look.

Places To Eat At - During Your Auckland Visit

Sightseeing - Places to Visit During Your Stay in Auckland

Nightlife - Where to Party During Your Auckland Visit

Shopping - Where to Shop During Your Auckland Stay