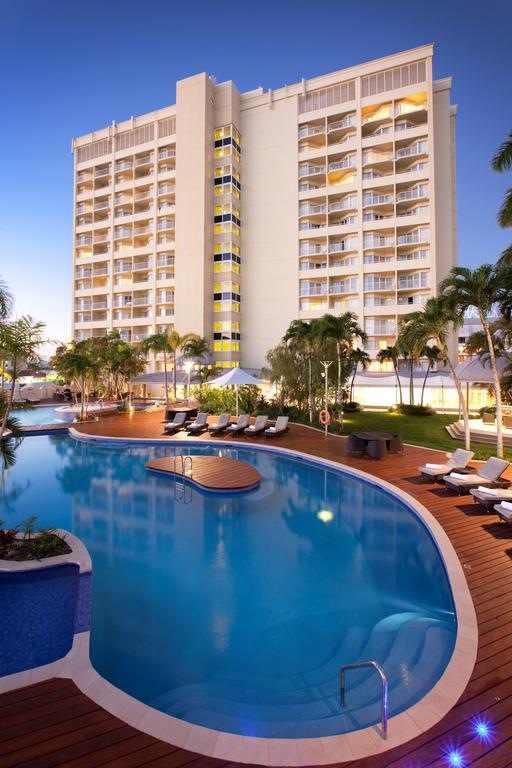 The Hotel was constructed in 1988 and was remodeled in 2008. Enjoy 5-star Cairns accommodation in Tropical North Queensland. Swim in the tropical pools, enjoy a relaxing treatment in Vie Spa or dine on the best local seafood in Coco s Restaurant. This hotel is located in the heart of Cairns CBD, and close to the departure point for daily trips... 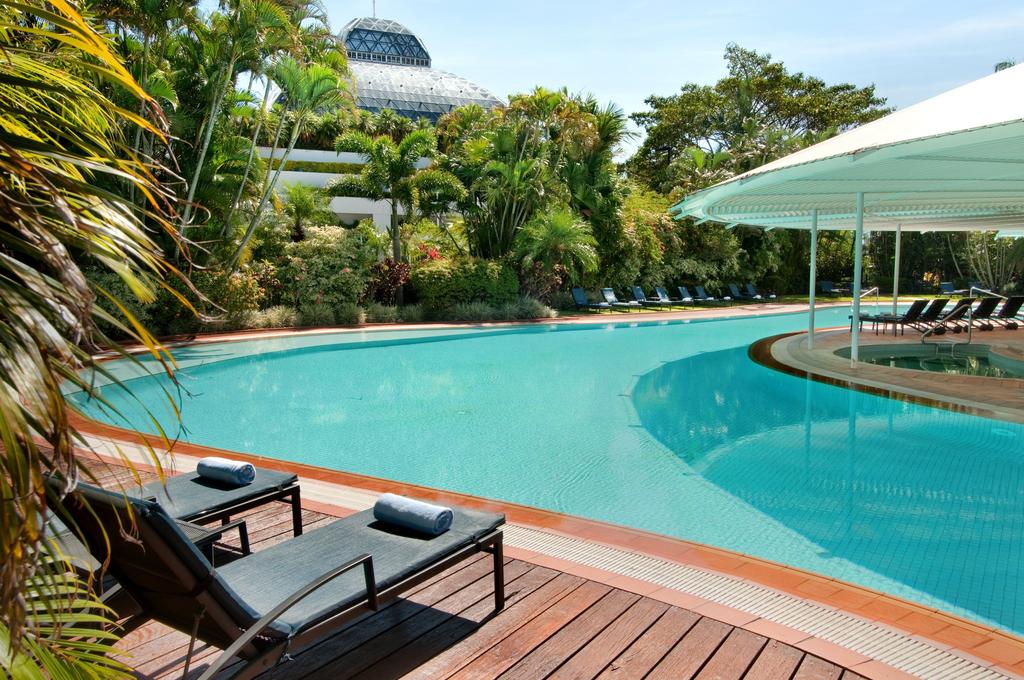 Credit Card payments relating to Australian hotels incur a merchant service fee of 1.5PCT in addition to the total amount payable. This is our commitment to you If youre not satisfied with your stay let us know and well make it right. Located in the heart of the city the Hilton Cairns hotel is the perfect base for exploring the diverse wonders... 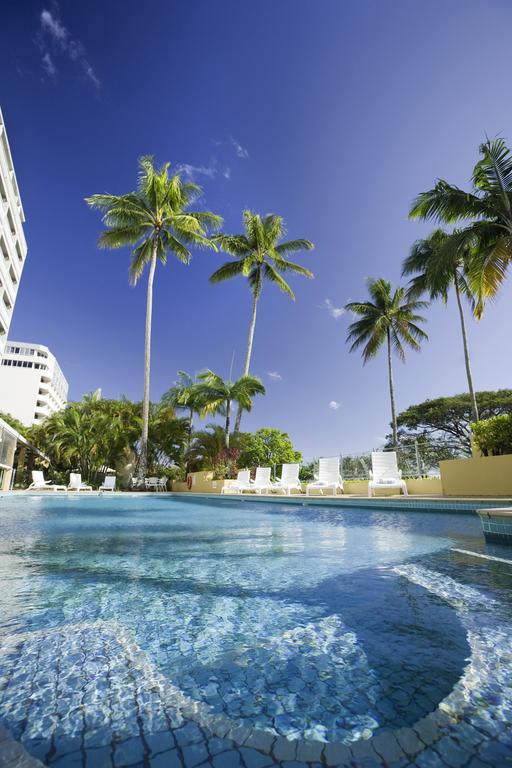 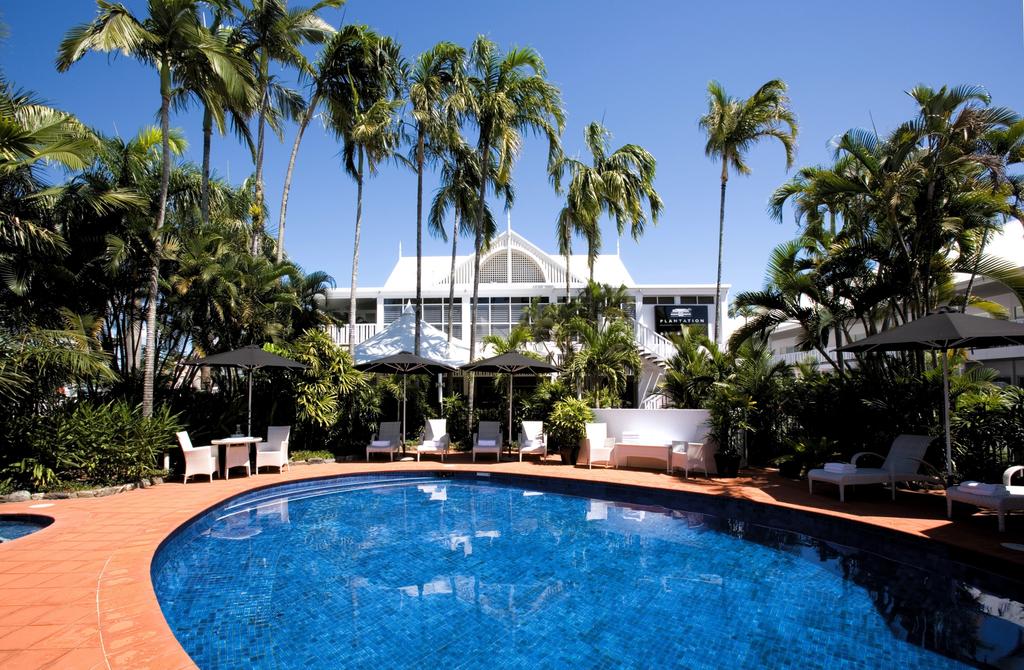 The Hotel Cairns, with its impeccably private and tropical ambience, is a 4 star resort hotel superbly positioned in the central business district of Cairns, one block from the famous Esplanade. Its architectural profile and exterior facade is one of the most beautiful examples of Queenslander heritage style, and is a popular talking point... 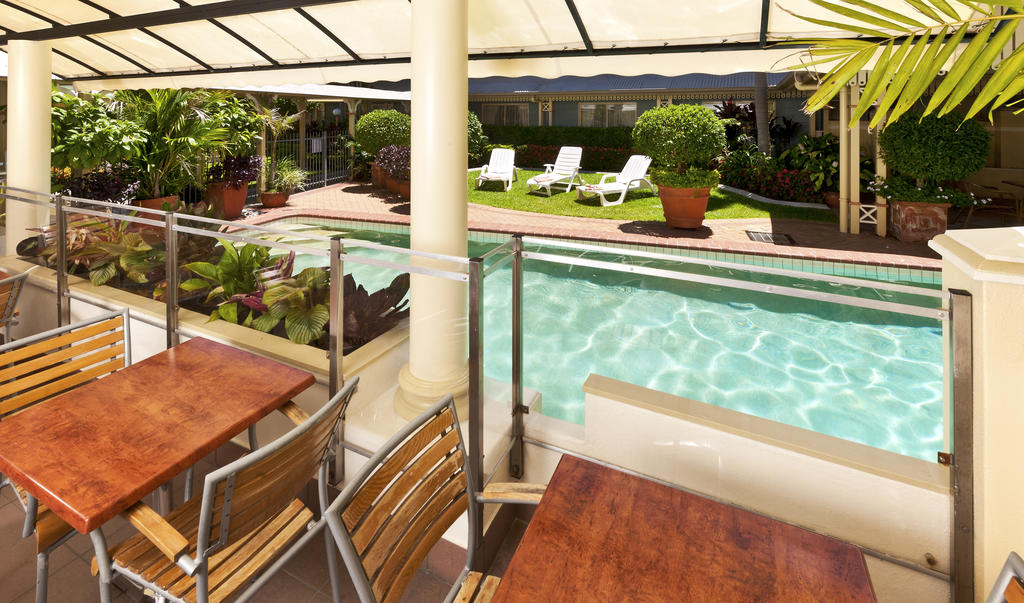 Property Location With a stay at Cairns Queens Court in Cairns North (Cairns), you'll be minutes from Cairns Base Hospital and close to Centenary Lakes Botanic Gardens. This motel is within close proximity of Cairns Civic Theatre and Cairns Esplanade Charles Street Parkland. Rooms Make yourself at home in one of the 81 air-conditioned rooms... 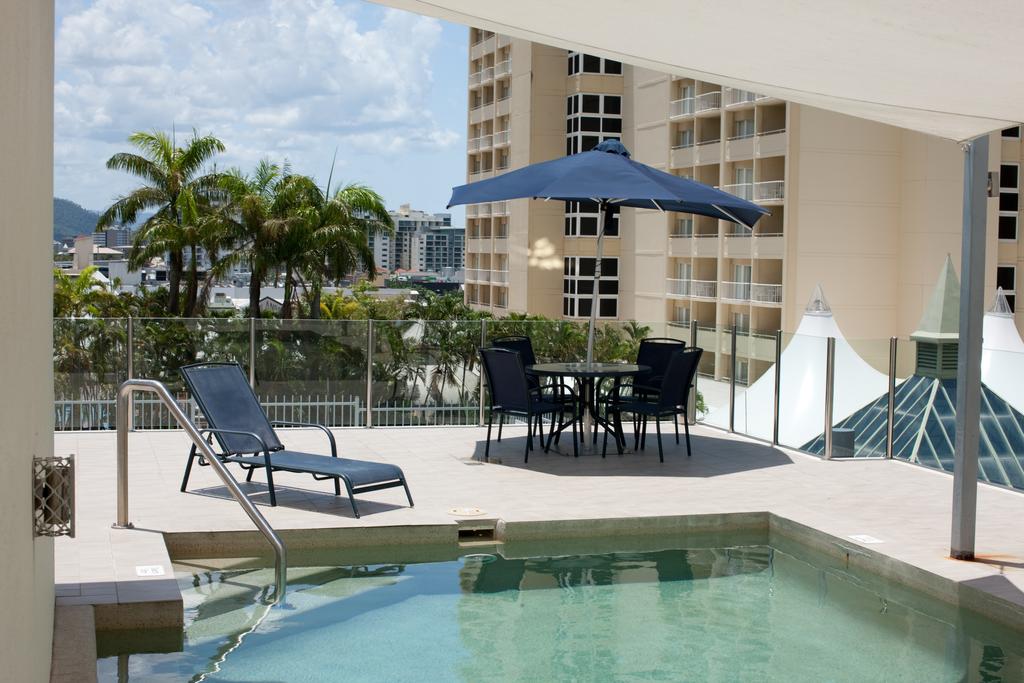 Park Regis City Quays invites you to discover Cairns and surrounds by providing the ultimate base during your next visit. With the Esplanade harbour foreshore restaurants shops Night Markets Reef Casino and Marlin Marina merely a short stroll away- you are close to everything that makes Cairns a great destination. For guests attending tradeshows... 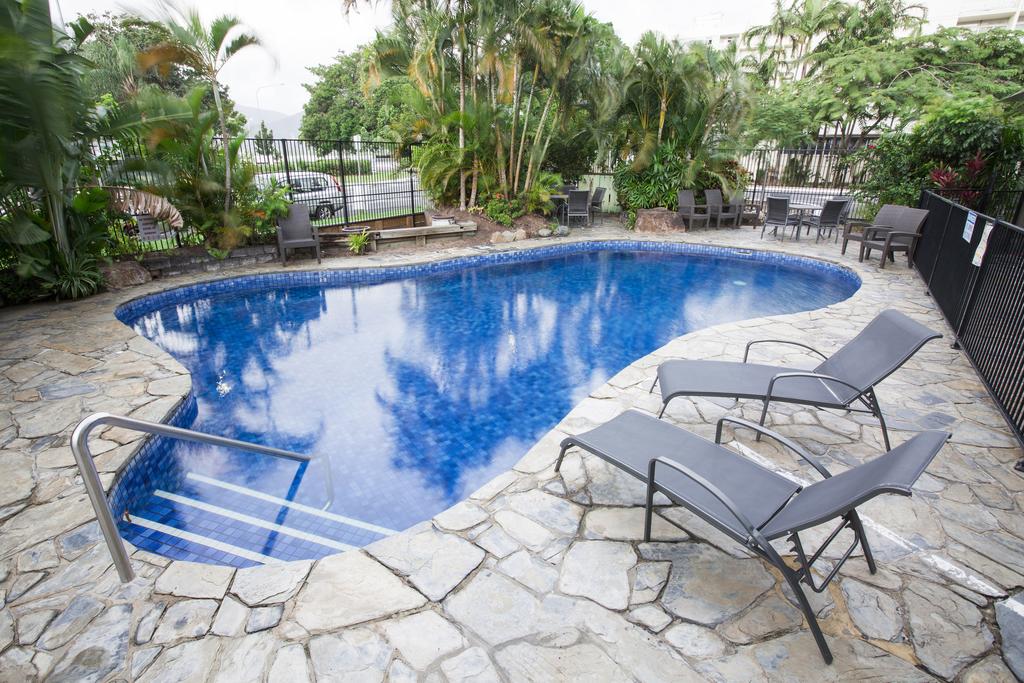 As an independently-owned hotel we pride ourselves on offering the warmest hospitality and the best value-for-money stays in Tropical North Queensland. Located on Cairns prestigious Esplanade we are blessed with a truly magical setting. Our suites enjoy uninterrupted views over picturesque Trinity Bay where dolphins turtles and migrating whales... 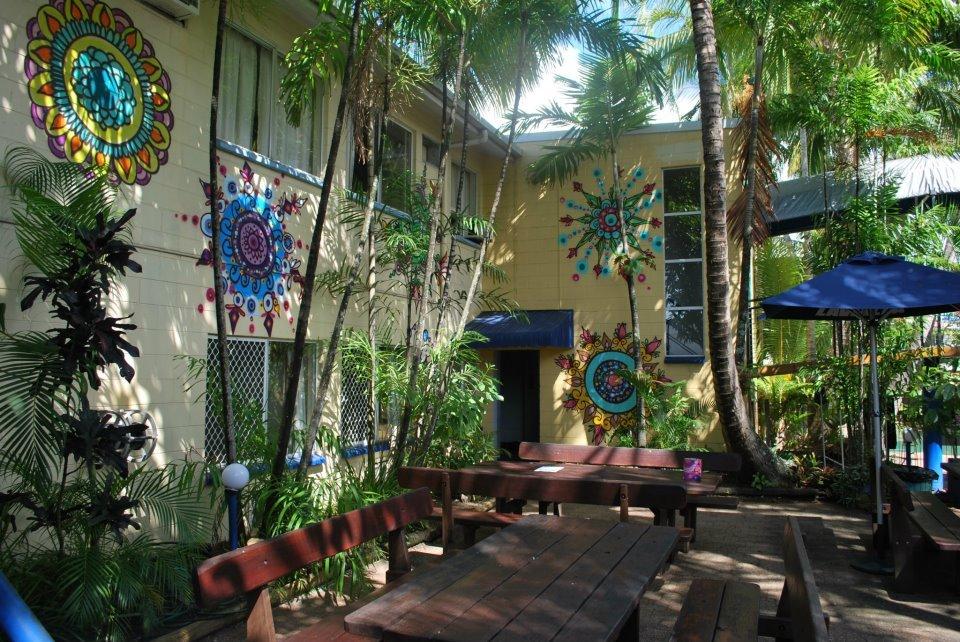 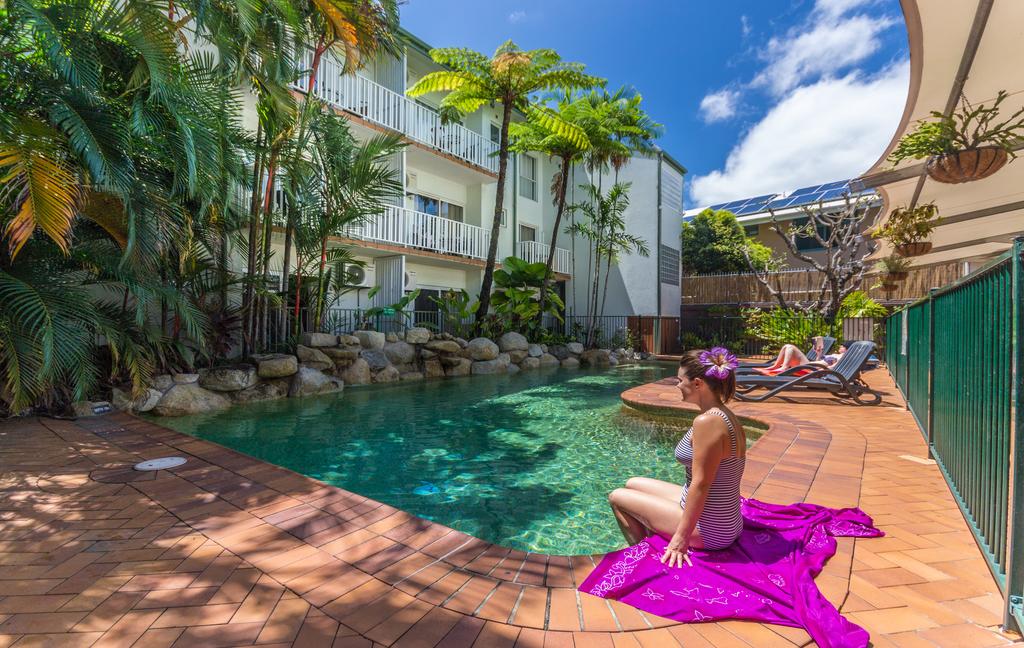 Coral Tree Inn is a new resort style accommodation situated right in the heart of the cityand opposite a large shady green park and a few minutes from all the shopping/theatres/restaurants/clubs/casino/local attractions. Comprising of 50 standard rooms and 8 one-bedroom suitesand all w/own facilities and private balcony. Continental breakfast... 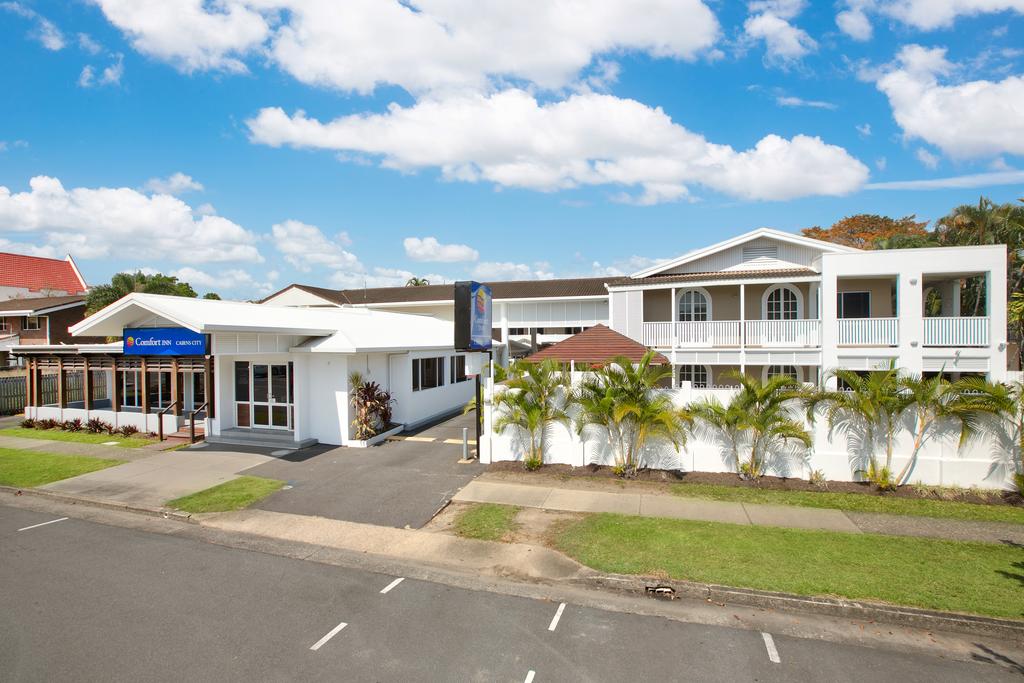 Get rested and ready to enjoy all there is to do in Cairns, QL when you book a room at the Comfort Inn Cairns City. Our smoke-free hotel is located within walking distance of the Central Business District and a departure point for Great Barrier Reef Tours. Relax in our outdoor pool and enjoy a meal at our delicious Thai restaurant. As an added... 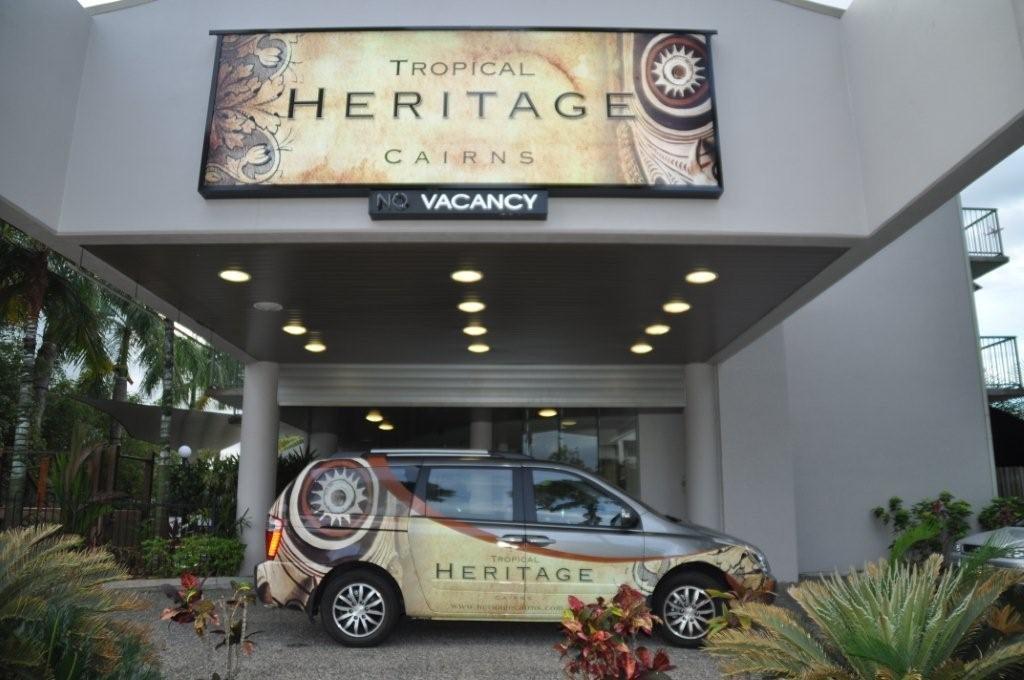 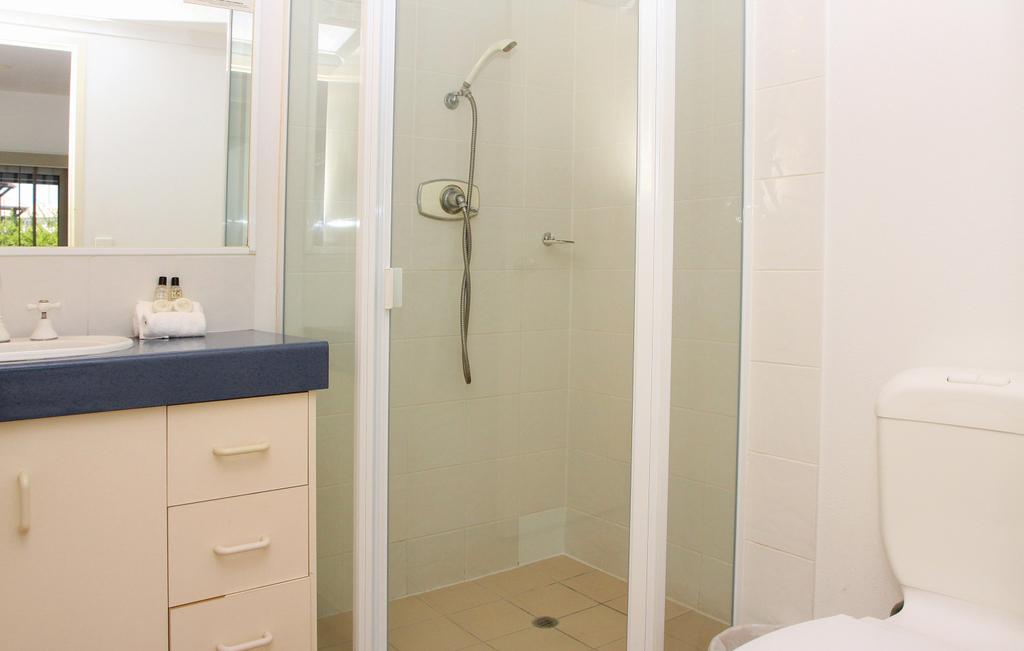 Property Location With a stay at Cairns Reef Apartments and Motel in Woree (Cairns), you'll be convenient to Cairns Golf Club and Arthouse. This 4-star apartment is within close proximity of Cazalys Cairns and Barlow Park. Rooms Make yourself at home in one of the 48 air-conditioned rooms featuring refrigerators. Complimentary wireless Internet...

Question: What are the best cheap hotels in Cairns?

Question: What type of clothing should I pack for my trip to Cairns?

Answer: Cairns is warm year-round so you may want to pack some light clothing such as shorts, short sleeve shirts and possibly some tank tops for the hotter days. For those of you staying at a hotel that has a pool it may also be a good idea to pack some swimming shorts or a bathing suit so you can relax and cool down poolside. You could run into a cooler day or night depending on which season you plan on traveling to Cairns so you may want to think about packing a lightweight long sleeve shirt and a pair of lightweight jeans or pants.

Question: Where can I get a bite to eat during my Cairns stay?

Question: What are some notable places I should visit during my stay in Cairns?

Answer: When it comes to sightseeing in Cairns there's a number of places we recommend that you visit such as Cairns Flecker Botanic Gardens, Cairns Tropical Zoo, Cairns Botanical Gardens... See the full list

Question: Where can I party or get a round of drinks with the buddies during our Cairns visit?

Places To Eat At - During Your Cairns Visit

Sightseeing - Places to Visit During Your Stay in Cairns

Nightlife - Where to Party During Your Cairns Visit