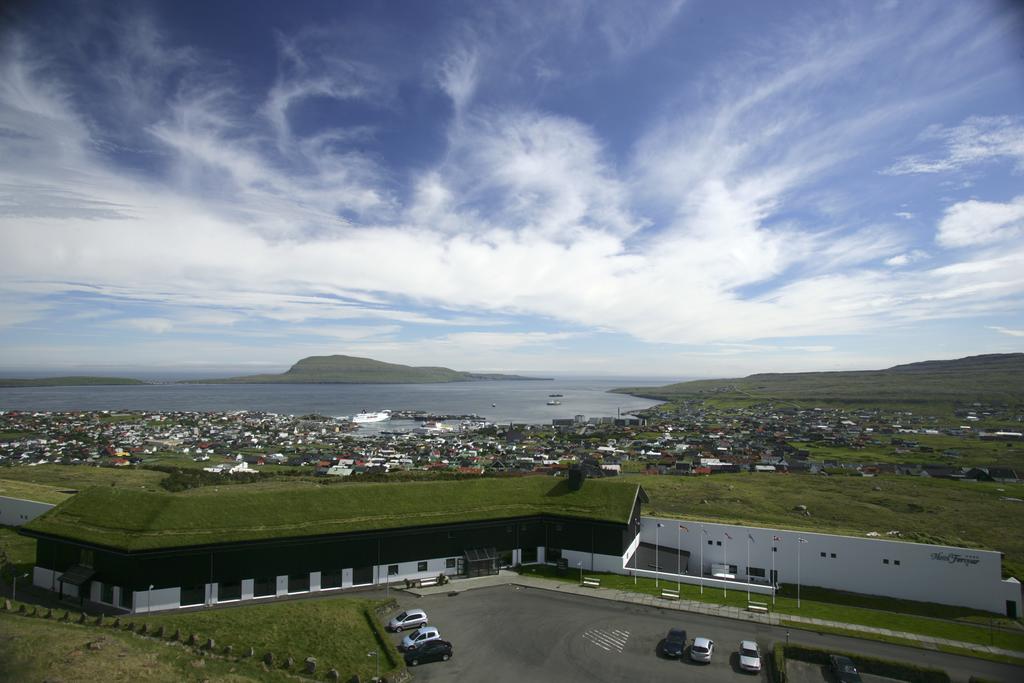 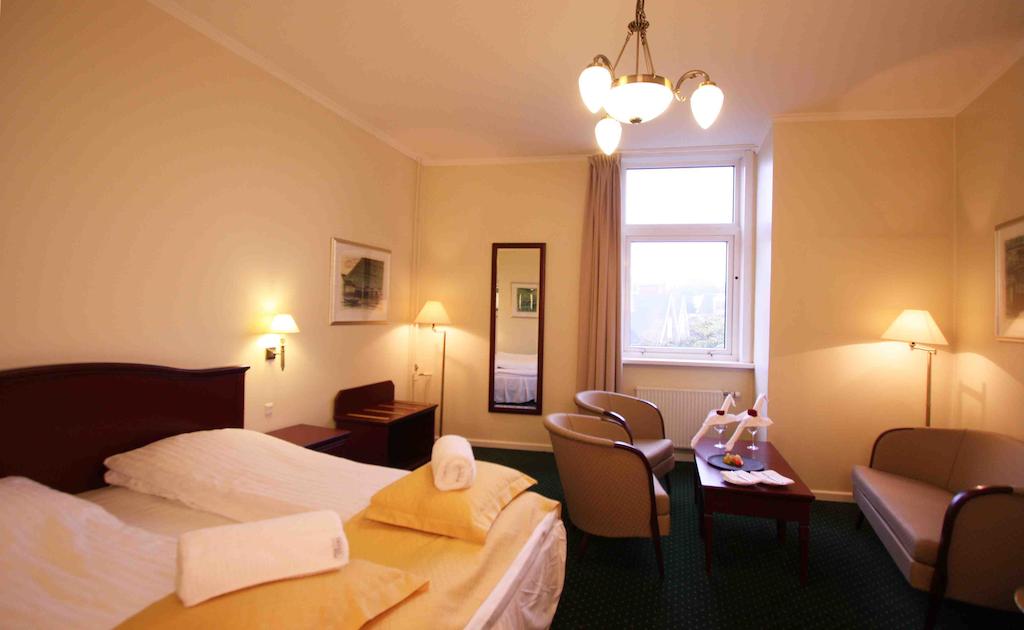 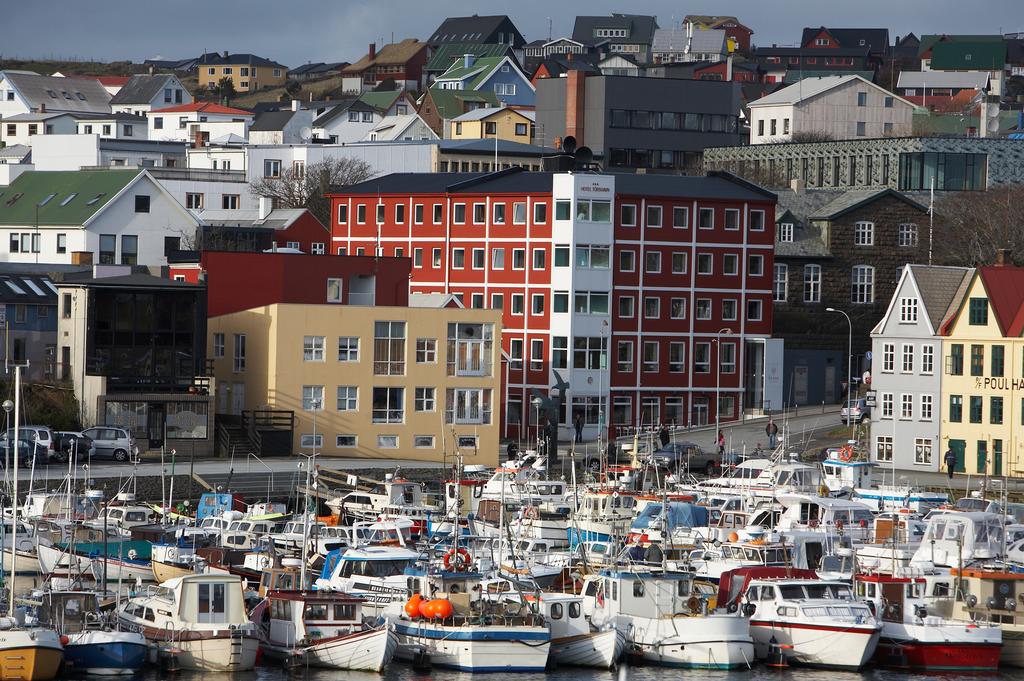 Hotel Torshavn has a fantastic location with a stunning view of the harbour in the front and the Town Hall Square in the back. Renovated in 2007. Total 43 rooms. The hotel is only a few minutes walk from the city centre Brasseria on the first floor and cafe and Bar on the ground floor. Free internet. Perfect for business and lesure 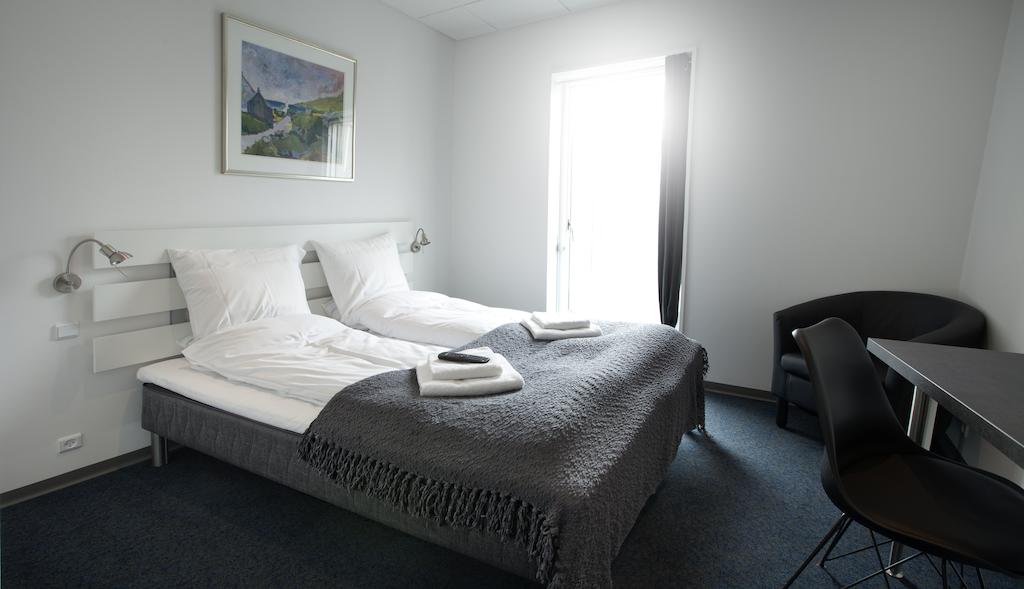 Property Location Located in Torshavn, Hotel Havn is minutes from Glarsmiojan and Focus Gallery. This hotel is within close proximity of Torshavn Cathedral and Havnarkirkja. Rooms Stay in one of 19 guestrooms featuring flat-screen televisions. Complimentary wireless Internet access is available to keep you connected. Private bathrooms with...

Question: What type of clothing should I pack for my trip to Torshavn?

Answer: If you plan on traveling to Torshavn from March through May you will want to pack a couple of sweaters, heavy jeans or pants and heavy jacket you may also want to think about packing gloves for the coldest days or nights. Those of you who will be traveling to Torshavn from June through August should think about packing some long sleeve shirts, jeans or pants and a jacket. Even though summer tends to have warmer weather in a number of localities across the globe Torshavn summers tend to be quite cool especially late night early mornings. Folks that will be traveling to Torshavn September through November may want to consider packing a couple of sweaters, long sleeve shirts and jeans, you will also want to pack a jacket as it can get pretty cold. Those of you that will be traveling to Torshavn from December through February will want to pack a number of heavy sweaters, long sleeve shirts, jeans, gloves, a heavy jacket, ear muffs will also be a good idea.

Question: Where can I get a bite to eat during my Torshavn stay?

Question: Where can I party or get a round of drinks with the buddies during our Torshavn visit?

Answer: Torshavn has a bunch of nightclubs to party at and a number of bars where you could get a round in with buddies. We've gone ahead and compiled a list of our top choices please feel free to have a look.

Places To Eat At - During Your Torshavn Visit

Nightlife - Where to Party During Your Torshavn Visit

Shopping - Where to Shop During Your Torshavn Stay